The e-stado® has established cooperation with a company from Uzbekistan, which sells barn equipment for dairy cattle. The choice for our system was made because, as the distributor from Uzbekistan says, the data from the whole farm is presented in the system in a clear form and the application is easy to use. It allows farmers to quickly and precisely analyze the situation in the barn, including data on health, feed intake and rumination, heat stress and milk yield and cow reproduction. For the farmers in these areas, it is important that the system can be applied to both dairy and beef cattle. Furthermore, the distributor pointed out that the sensors have a competitive price compared to other solutions available on the market. 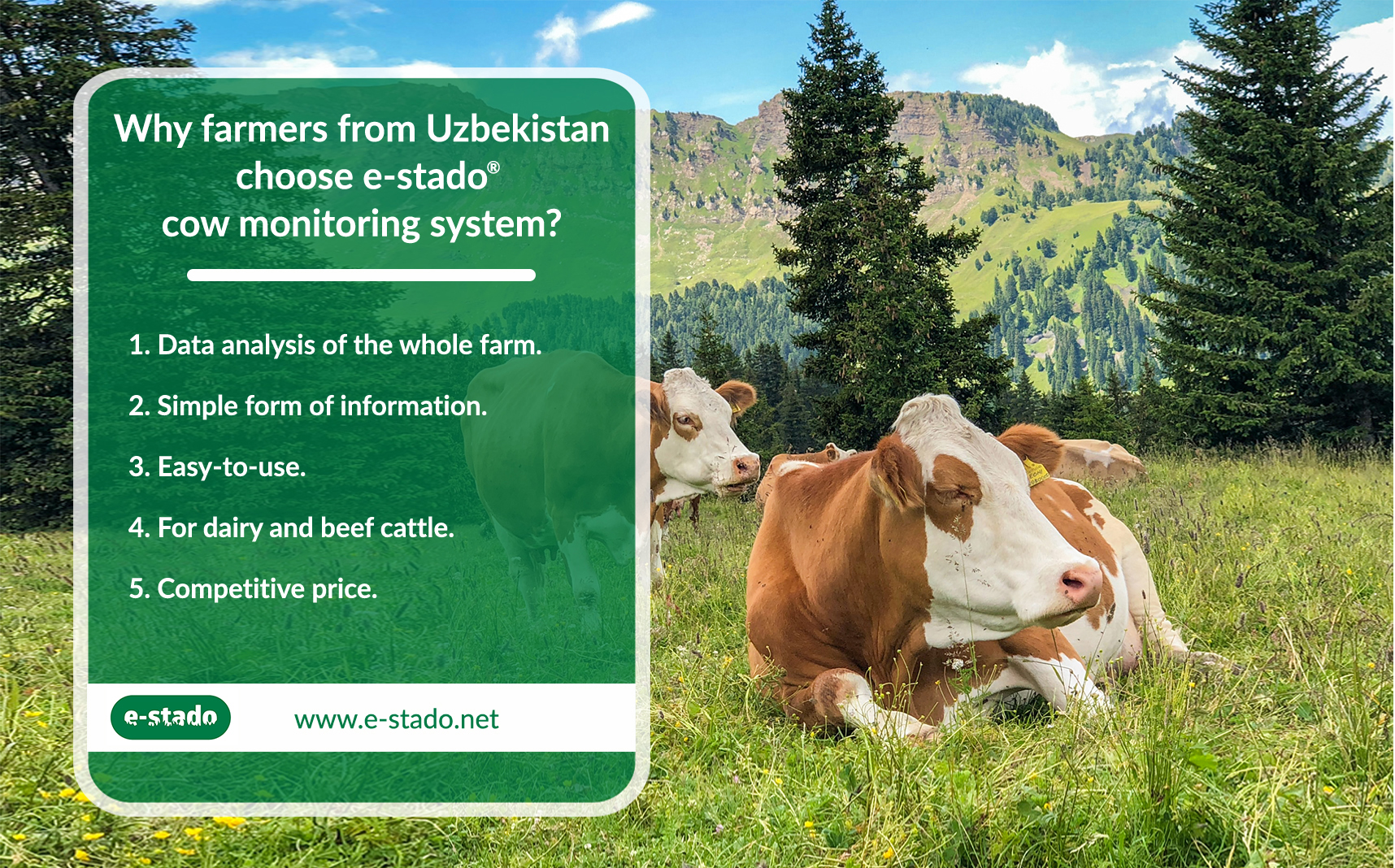 Uzbekistan is a dry, continental climate country with no access to the sea, and none of the rivers flowing in the country leads to the sea. Agriculture covers less than 10% of the country’s surface area and mostly it consists of intensively cultivated fields located in river valleys and oases that irrigate plants. Extensive desert areas and mountains cover the rest of the country. The average annual sum of rainfall in Uzbekistan is 100-200 mm, while the average temperature in summer is around 40° C and in winter even -23° C. A cowshed biosensor will be particularly helpful for local farmers to prevent the effects of heat stress and heat detection.

In Uzbekistan, according to data for 2019, milk production amounted to 7.86 million liters and farmers keep about 3 million cattle. The average yield of dairy cows is 1600 liters/cow per year. This is mainly due to a shortage of roughage, high air temperature and low insemination rates in dairy herds. In the last 5 years, there has been a 16% increase in total milk production and farms are developing quickly. The helpful and modern technology offered by e-stado® will improve the work of many dairy farms in Uzbekistan.